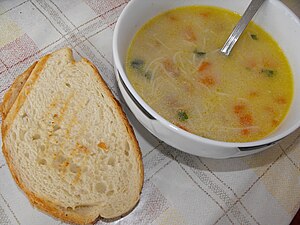 Yesterday I made the most abysmal soup. I had some asparagus in the fridge that was just on the wrong side of fresh, so I thought I’d whip up some soup. I like to cook (I like to eat more!), but can’t say I’m a soup-whiz. I have a few standards that I go to (chick-pea and leek, a la Jamie Oliver), but otherwise it’s not really my strong suit. Did I let that stop me? Nope. I figured I could wing it. I figured wrong.

Mistake #1 I didn’t taste the soup at various stages.

Mistake #2 I put in too much salt.

In the end it looked and smelled disgusting, was inedible and I had to have grilled cheese for lunch.

Why am I writing about soup and cooking in a learning blog? Well…lessons are to be drawn! And, I’m designing a course and thinking about metaphors (journey metaphors to be specific), but when you are in idea generation mode, sometimes you just let the creative wave go where it wants to go. This time, it was soup.

Elearning Course Development: Why The Kick-Off Meeting Is So Important

At Spark + Co., we pride ourselves on partnering and working collaboratively with our clients...

Has your organization reached a size or stage where you struggle to keep up with...

E-learning Companies: How To Find The Best Partner For Your Online Learning

In recent years the number of e-learning companies has exploded in response to the demands...